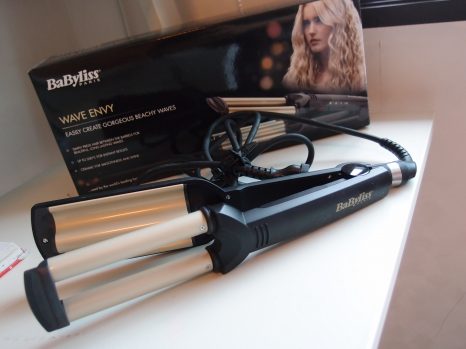 Only girls tend to have problems with it. Namely, they have too small suitcases but they want to take too many things with them. Luckily, the BaByliss brand has found pretty good solution to the problem. Now it wll be posssible to take with you all the gadgets you need like cosmetics and clothes for your summer holidays. What am I talking about? I’m talking about a mini hair wave generator – the perfect gadget for every woman. Thanks to creativity of the Babyliss brand you can have wonderful hair on holidays as well. The mini hairwave generator is very 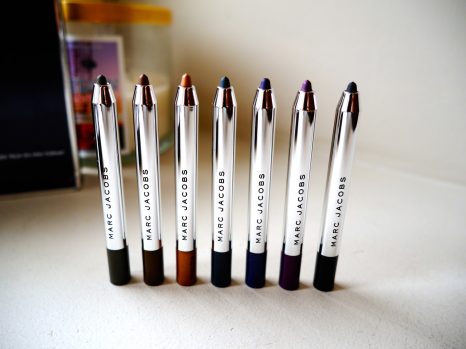 Fashion designers are capable of creating extraordinary cosmetics and they are quite good at it. Marc Jacobs also proved to be pretty talented as a cosmetics designer. For girls who love perfect and beautiful eye make-up, he prepared set of three mini eyeliners – The High Life. Eye make-up is not only about eyeshadow, mascara, concealer or brows gel. Sometimes you just need one cosmetic… your look and colour of iris will be perfectly highlighted by eyeliner. What is more, it will optically thicken lashes line and make eyes gain elegant frame. If you truly want to try this effect 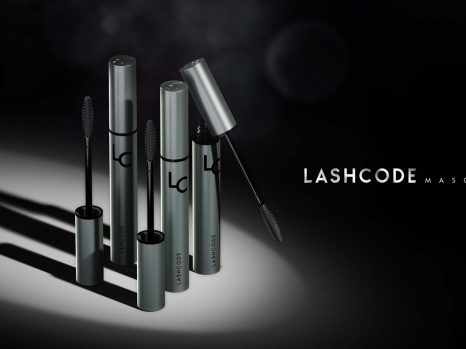 Lashcode is a mascara that provides everything you look for in makeup. Long, separated, thicker and curled lashes coated with deep black pigments of the highest quality. But that’s not all, Lashode has a lot more to offer! What makes it such a unique and incredible cosmetic? How does it differ from other mascaras? Discover the secret of a superb formula!  Lashcode mascara – precision in makeup  High-quality, ergonomic and precise mascara wand is one of the most important elements determining the quality of makeup. It allows us to apply the cosmetic quickly and accurately. Lashcode comes with an elliptical silicone 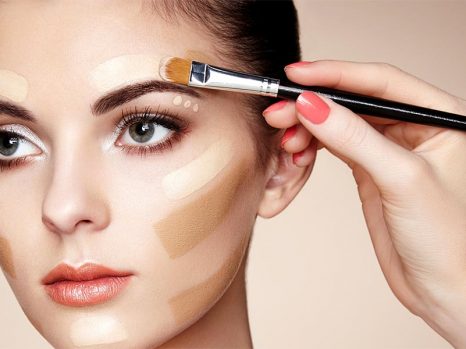 How to choose shade of make-up base accordingly to skin complexion?

It may seem like make-up base is a redundant cosmetic. Wrong! This product is necessary for each one of us, especially when you apply full make-up. But are you certain that you know what base should you choose? Read below, how you can match shade of make-up base with your skin complexion. Make-up base is an extremely helpful cosmetic. Why? Because, you can use it not only as a cosmetic extending durability of foundation, but also as a base for eye shadows. In both cases, it will work perfectly. Make-up base provides camouflage for imperfections, like pimples, spots, scars and

Cailyn has prepared three new cosmetics for lovers of mineral make-up. Those are: Illumineral Blush Powder, Illumineral Foundation Powder and Illumineral Bronzer Powder. Let’s see what is so special about those cosmetics. Illumineral Blush Powder from Cailyn is a mineral blusher. It matches skin complexion, provides long lasting make-up, delicate highlight and ensures skin with radiant look. Cosmetic is available in four shades: Peach Pink, Burnt Orange, Dusty Rose and Cinnamon. In the composition of the product are among many iron oxide, mica and natural colourants. Illumineral Foundation Powder can replace foundation. It can be easily used by people with

What can happen when cosmetic brand will co-operate with automotive brand? It seems so unreal that it is hard to believe in co-operation of Collistar and Fiat. Two independent bands with two absolutely different industries combined their efforts at the beginning of this year to release something unique and unexpected – TI AMO 500! Spotted femininity and independence Co-operation of Collistar and Fiat brought cosmetic collection signed by logo of both brands. Ti Amo 500 is an explosion of colours, independence, optimism, natural beauty and femininity in one. This unusual combination of make-up passion and car passion can be easily 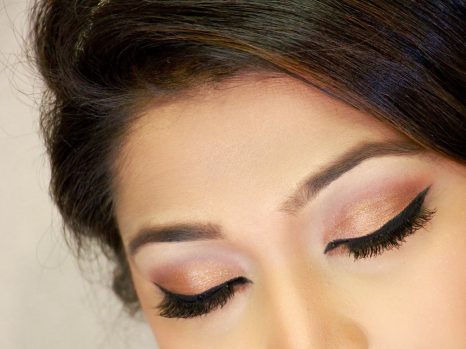 New Make-up Trend! See What an Eye Contouring Is

We all know what a face contouring or a cleavage contouring is. But have you met newest trend in make-up? We are talking about eye contouring, in other words optical change of eyes’ shape. Thanks to use of proper brands and products we can make eyes bigger or cover shortcomings of the face, like hooded eyelids. Eye contouring focuses on not only making eyes bigger. With help of proper cosmetics and tricks you can also make eyebrows correction, cover dark circles around the eyes or crow’s feet. Attaching fake lashes can also totally alter eyes look. For eye contouring best 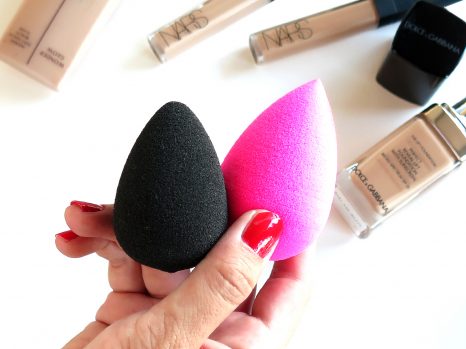 How to clean Beauty Blender?

Beauty Blender sponges are extremely popular lately, and it appears that they found their place in women’s cosmetic bags for good. They’re handy, delicate for skin and most of all, application of liquid and cream cosmetics is much easier with them. The most questions arise on the matter of how to clean Beauty Blender – how should you do that, so the sponge would be utterly clean? The most important rule in cleanse of make-up sponges (similarly to brushes) is rule 25 – regularity and preciseness. Beauty Blender should be cleaned right after each use. You shouldn’t leave Beauty Blender 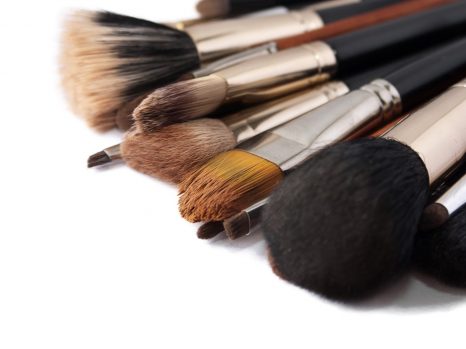 Make-up brushes – How should you blend eye shadows?

Make-up accessories are a ‘must have’ in cosmetic bag of every girl who cares about pretty and trendy look. Eyelash curler, eyelashes combo brush, tweezers are just some of gadgets necessary for make-up. You will need also brushes. Which brushes are best for blend of eye shadows? Brushes with natural or synthetic bristle? Made of synthetic or natural materials? Those are questions asked by girls who want to buy new make-up brushes. Which accessories for make-up you choose depends on what you like, how much you can spend on them and what type of skin you have. Which brushes will

Home
Eyes
&
Face
The most common mistakes in using mascara. Do you make them as well? 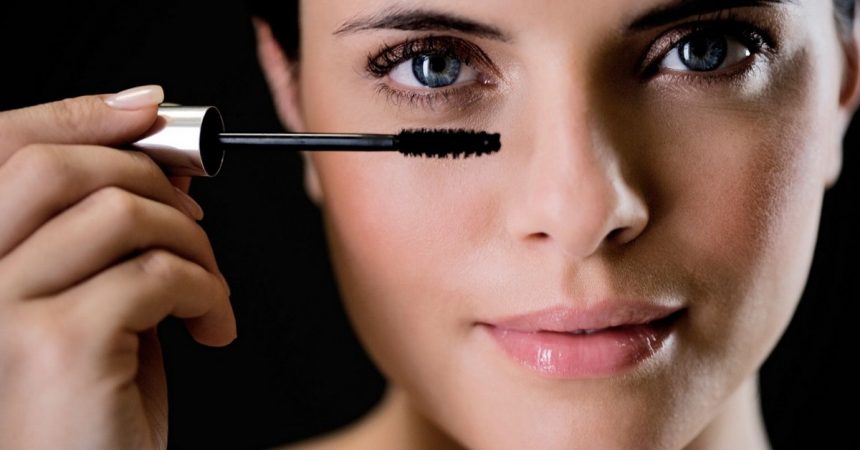 Mascara is almost every woman’s best friend, and there is good reason for it, because even the best eye make-up will not bring them out without beautiful eyelashes. Because we use mascara almost every day we are convinced that we just cannot make any mistakes in using it. Nothing could be more wrong than that. Most of us unknowingly make at least few of the most common mistakes in using mascara. Do you make them as well?

Sometimes we need to take in a little bit more mascara with our brush when there isn’t really much left of it and we try to scoop it from the internal walls with rhythmical up and down movement. This is a mistake that can cost us loss of mascara. By pumping with mascara’s handgrip we pump in unnecessary air which significantly accelerates its drying. Limit handgrip movement to minimum.

Using mascara for too long

Mascara, like every other beauty product, has its expiration date. Mascara’s formula, package specification and usage limit its average usage to three months – after this time we should replace it. How many times we use our mascara for many months, until it is almost empty, only because we don’t want to spend any more money?

Not cleaning the brush

It may seem weird, but with no doubt it has impact on efface quality. The mascara’s brush should be washed (just like we wash make-up brushes). You don’t have to do that after every use, but you should definetly wash and dry it every now and then. This way you can avoid dried lumps which are making eyelashes to glue together.

Not curling eyelashes with eyelash curl

You can skip that point if have naturally curled eyelashes, though we all know there aren’t many of you. Most of us have straight eyelashes and in this case even the best mascara won’t help you. Before every efface you should curl up your eyelashes with some eyelash curl, only then you can achieve desirable effect.

You would think there is nothing difficult in effacing your eyelashes, and you would be wrong. While effacing eyelashes you should make slightly zig-zag movement – from the base of the eyelashes towards their tips, while moving the brush from one side to the other. Only that way you can efficiently spread mascara.

Applying too many layers

This point is in a way connected to the previous one about mistakes in effacing eyelashes. Often enough we apply too many layers on our eyelashes thinking that with every next layer we emphasize the effect. This mistake will lead you to eyelashes glued together and creation of an effect called “spidery legs”. 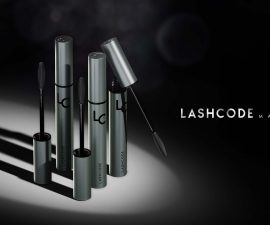 Lashcode is a mascara that provides everything you look for … 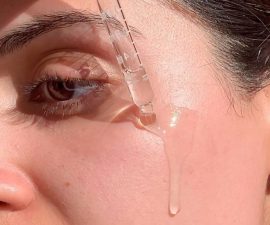 A moisturizer is a skin-care essential but it sometimes proves … 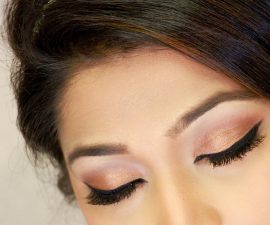 We all know what a face contouring or a cleavage …